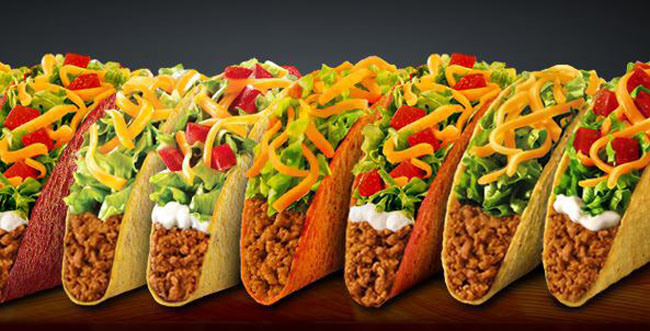 Things are certainly changing for Taco Bell and the entire Yum Brands family. Gone are the days of cheap food you apparently buy while drunk and open to poor decisions. Now there’s quality breakfast, big name brand partnerships, and the prospect of alcohol sold on premises. It’s a fresh new era for Taco Bell, a sentiment that’s soon to be taken literally.

By the end of the year, all Taco Bell and Pizza Hut restaurants will ditch artificial colors and flavors in their foods. This is a move to combat restaurants like Chipotle which recently ditched GMOs according to Candice Choi at the AP, forcing Yum Brands to rethink their strategy:

Matthews said some of the new recipes are being tested in select markets and should be in stores nationally by the end of the year.

Now it should be noted that this new initiative doesn’t affect their brand partners, Doritos and Mountain Dew. It’s a bit hard to capture Cool Ranch and Fiery without cutting some corners (allegedly). But the AP report notes that “artificial colors, artificial flavors, high-fructose corn syrup and unsustainable palm oil” will be out of Taco Bell food by the end of the year, with Pizza Hut following by the end of July and including the new ingredients on their official web site.

It’s always risky when a major chain breaks from their traditional recipes and attempts something new. We can’t forget the debacles of New Coke and Crystal Pepsi. A change in taste can throw off the entire operation, so we can only assume that Taco Bell isn’t making this decision lightly. The AP also notes that chains like McDonald’s and Subway are doing the same, so the change is part of a larger wave.

Check in at your local Taco Bell and see if they’re testing the changes. It’s your duty to warn the rest of us before it happens nationally. Good luck.