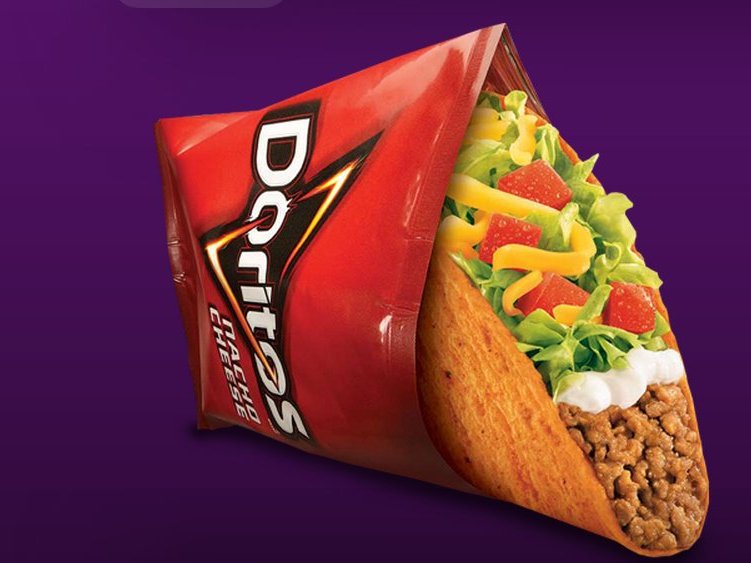 Taco Bell may have just revealed its next big product release.

In a presentation to investors on Thursday, Taco Bell parent company Yum! Brands displayed a slide about innovation with a photo of a hard taco inside a Fritos bag.

Taco Bell uses a similar illustration (see below) to represent the Doritos Locos Taco on menus and in ads.

The Doritos Locos Taco has a shell made out of Nacho Cheese Doritos chips. It was introduced in 2012 and it is Taco Bell’s most popular menu item of all time.

Could this mean a taco with a Frito shell is in the works?
When asked about the illustration, a Taco Bell spokeswoman told Business Insider, “We’re always innovating and testing new concepts.”

Taco Bell has been investing heavily in food innovation in recent years. The chain added an entire breakfast menu this year, which included items like the Waffle Taco with scrambled eggs, sausage, and cheese wrapped in a warm waffle.

The company also recently added a Beefy Fritos burrito, which is a beef-filled burrito with cheese, rice, and Fritos.